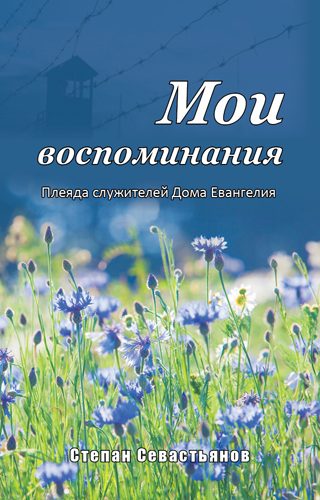 The Pleiad of Dom Evangelia

In 1924 twenty two-year-old Stepan moved to Leningrad where he soon was baptized and became a member of a local church called Dom Evangelia. For the rest of his life Stepan remained faithful to the Lord despite all the oppression and persecution which awaited him and his dear church in the coming years.

Having witnessed blessed days of spiritual growth and joyful fellowship of the church as well as dark and trying days of cruel persecution of Christians in Leningrad, Sevastyanov in a simple, yet very enjoyable writing style describes the lives of the ministers of Dom Evangelia with the purpose of preserving history for the coming generations so they may know of the remarkable lives of our predecessors and the times in which they lived faithfully serving our Lord, and be encouraged by their example.

This book contains the following biographies written by Stepan Sevastyanov: Robert A. Fetler, My Memoirs – The Pleiad of Dom Evangelia, Ivan Y. Urlaub, Maria P. Myasoyedova, as well as unique photos preserved since their time.

Stepan V. Sevastyanov, a poet, Russian Baptist historian, lead choir singer, deacon, member of the Evangelical Christian-Baptist Union, and a wounded WWII veteran was born on November 8, 1901 in the village of Pechersk, Smolensk region and went to be with the Lord on November 25, 1984 in Riga, Latvia. Having a special gift and love for poetry Sevastyanov wrote nearly 300 poems, some of which have been set to music.