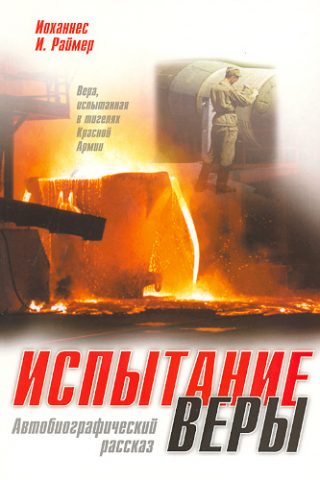 A Story of Faith in the Red Army Johannes Reimer The author’s life began in the Soviet Union. Having been brought up in the materialistic spirit of atheism Ivan never would have even thought about God…Iit had not been for meeting two young Christians… That is how his search for God began and God revealed Himself to him at the most dramatic moment. From the moment of his conversion everything in Ivan’s life changed drastically. Ivan was summoned to service in the Sovi- et Army at 19. Being led by love towards his neighbor, however, Ivan refused to bear arms, an occasion Soviet law had no provision for. The unbearable began. In the end Ivan would say “I walked through the valley of the shadow of death and God got me through it.” This book is about the events of that time. Softcover, 128 pp.