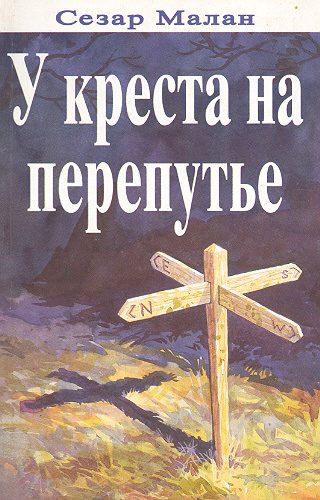 The Cross Where All Roads Meet

Not far from St Laurent, on one of the most beautiful peaks of the Jura, stands an old cross. It is set close by a wood of beech and fir trees, at a point where several paths meet. As Cesar Malan watched, an old man stopped, took off his hat in a gesture of respect and bowed before the cross. There are two religions in the world; that of works and of grace. The former uses language which sounds impressive, but its observances lull the soul into a false sense of security and blind it to its real need. Behind the facade there lies nothing more than a gaping hole. Malan, in his encounter with the old man, turns the spotlight of grace on a hollow religion. He leads his companion away from veneration of the outward form of the cross to the faith in the Savior who died on the cross.